Earring – a small decorative trinket. It is a part of the jewelry worn most often in the ear, although it can be also worn in other parts of the body. The earring are usually made of titanium, surgical steel, silver or bioplastic. Bone or wooden material is rather rarely used. Earrings made of Asian buffalo horn are getting more and more popular, although they contain creatine, the human body accepts it and will not allow to produce an unpleasant smell.

The history of earrings

The official and documented beginning of earring is assigned to the fourth millennium BC. In the glacier in Austria, archeologists discovered the remains of primate, who certainly had a pierced earlobe. Babylonian reliefs reveal that an army of warriors had adorned the ears. Other examples relates to Persians, Cretans, Egyptians or Celts.

When the medieval times came, the fashion of decorating ears went into oblivion. To jewelry favors, the earring have returned only in the late renaissance. Although they had their stronger and weaker moments among decorative trinkets, they kept evolving along with the current trends in each age.

The meaning of earrings

Among African tribes there were many forms of wearing earrings. One of them was the piercing of lower lip, the weight of worn object caused the lip to stretch and when it was of an adequate size, a wooden or clay circle was placed in the created hole. In many villages, it is a symbol of beauty. Also, earlobes had a very important role because the bigger and more stretched they were, the higher was the social status of a given tribesman.

Earring were not only popular among tribes in different parts of the world. They could also be found being worn by sailors who had a habit of piercing one ear when crossing the equator. Earring in the ear had yet one more important function – once it was believed that it would provide the Eagle Eye, and as we know, in order to get on a ship, one of the main requirements is a very good eyesight.

In the Roman Empire, trinkets worn in the ears had many functions. The pierced ear was an expression of wealth and high social status. Roman warriors pierced their nipples as a sign of their courage and bravery.

Nowadays, fortunately the main reason for wearing earrings are the aesthetic reasons. We assume wedding earrings are meant for emphasizing the unique look of a bride, glided ones we wear every day, while elegant are taken to the fancy dinner. That is why we invite You to become familiar with our jewelry. 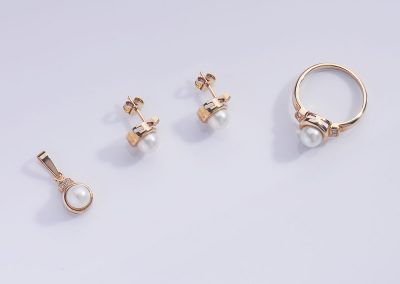 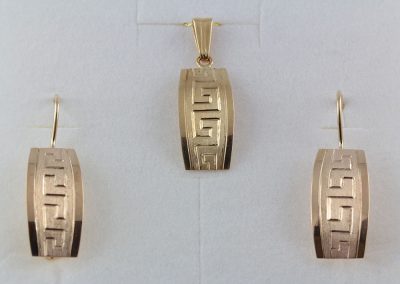